What with the buckets of fun life has been throwing at me, I finally found the time to stop dodging and actually get back to work on this project. I like starting early on things as something always gets in the way. This isn’t actually needed till late November but y’all know how that goes. Anyway, I finished the sculpt. 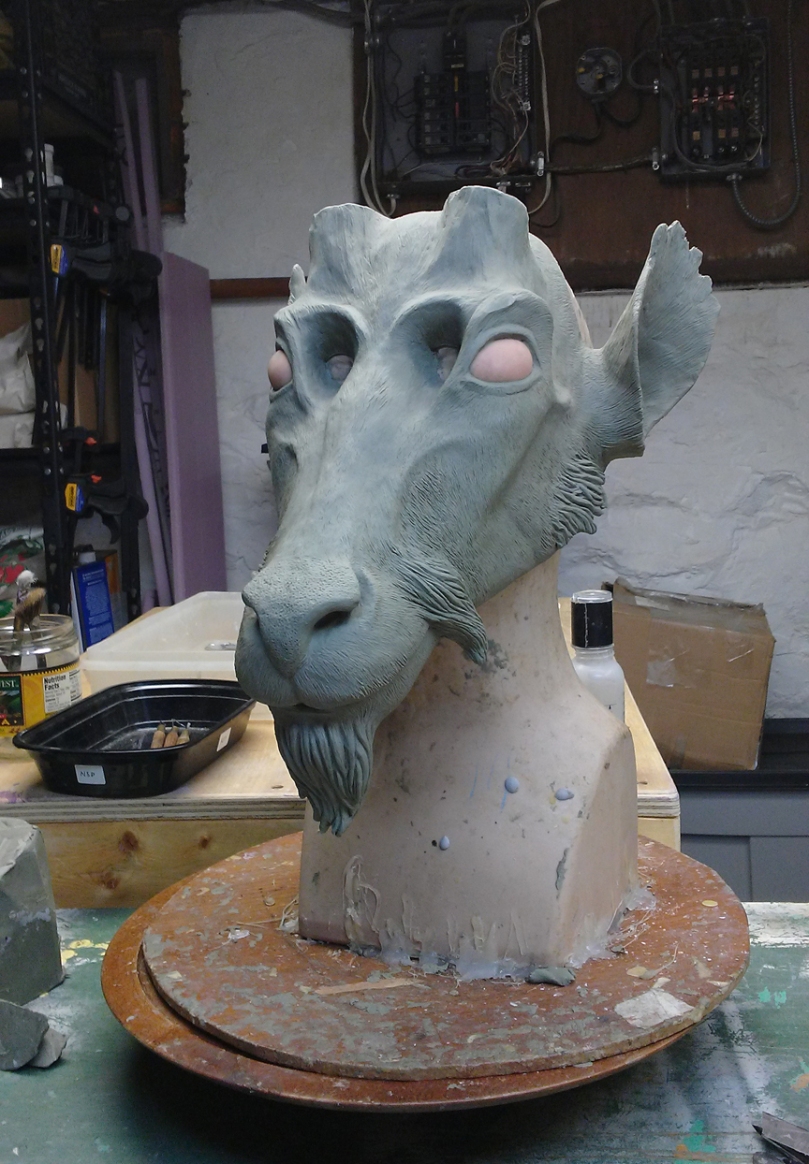 Casting the ears was going to be a real mess considering how I was planning on casting up the mask so I needed to get them off. However, it is so warm, the clay is terribly soft. Attempting to remove the ears would deform them way too much and I would lose the good fit needed at construction time. So I tossed that problem into the dark room in my brain where the things skitter about afraid of the light when I open the door. Several hours later, a note was slipped under the door with an invoice. It read: refrigerator in cellar. Yes! So I placed the sculpt into the unused fridge in cellar and plugged it in. Next day it was rock hard. 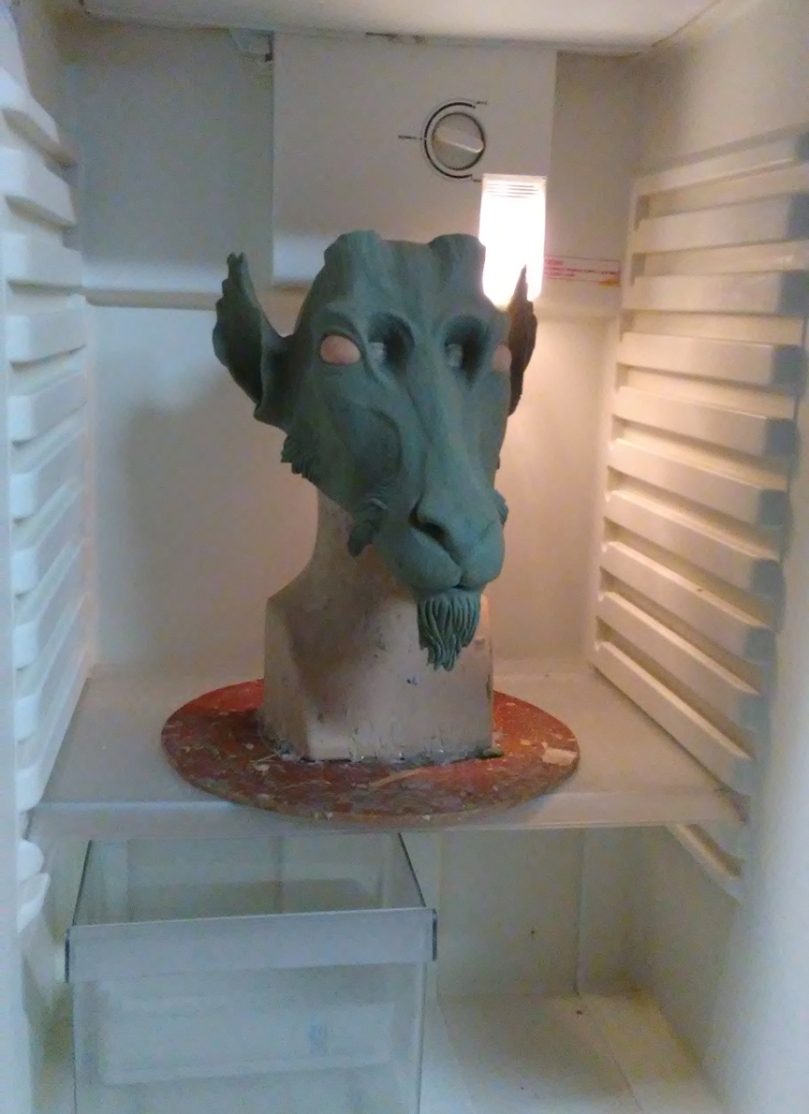 I was able to cut the ears free from the form and the rest of sculpt with barely minimal damage. Yay! I then set up sculpt for ease of construction later on with base areas to replace where ears sit and built a dam wall for silicone that will be covering it all very soon. More to come but right now I have to find a way to pay this damned invoice.